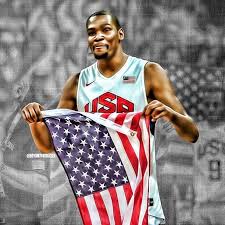 At the beginning of the NBA Finals series between the Golden State Warriors and the Cleveland Cavaliers and in partnership with the National Basketball Association Taco Bell renewed their “Steal a Game, Steal a Taco” promotion; offering to give all of America a Doritos Locos Taco if the away team was able to steal a win in the opposing team’s arena.  The first 2 games were won by the home team Golden State Warriors, but game 3 moved to Cleveland.  Normally, Steph Curry scores 30 or more points in a game; but he was held to just 11 points on 3 of 16 shooting.  America’s Free Tacos were in danger of being lost.  With 50 seconds to go, the Cavs were within 3 points until Kevin Durant took control.  He called for a screen and buried a deep 3, along with Clevelands hopes of winning a championship.  Golden State won the game 110-102, but more importantly America won….America won Free Tacos.  Kevin Durant proved that not all professional athletes are selfish, we can thank him for giving everyone in America a Doritos Locos Taco.  What is more American than a taco in a hard shell made of Doritos chips?  Yes, Americans are overweight.  Yes, fast food has been a large contributor to our obesity.  But it is a taco, in a Dorito, and it is free.  Get your Tacos this Wednesday, June 13th at any Taco Bell location from 2 to 6pm.