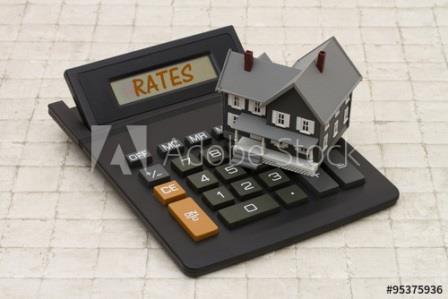 Californians are used to a roller coaster ride when it comes to their home values.  In the early 2000’s we saw home values start to push higher.  By the mid 2000’s these values accelerated even faster, causing many to speculate in the market.  Putting a down payment on a new house almost guaranteed you a 10 to 15% increase by the time that home was built.  As we know this dramatic increase was built on risky lending practices, No income/No asset loans, Stated Income Negative amortization loans, and the market began to pop in late 2007 when those adjustable interest rates began to adjust up.  By 2008 the bottom was falling out of the market and we hit rock bottom in 2010 for home values.  Since then we have seen a steady rise for almost 10 years.  For differing reasons we saw this same roller coaster of values happen in the 90s, and the 80s as well.  Jason Hartman a longtime successful real estate investor and coach observed:    “The cyclical market is the one that makes the news with its glorious appreciation and long falls, like the markets in L.A., San Diego, and Miami.”

But there is continued optimism activity will increase with current mortgage rates being as low as they’ve been in over a year and house price gains slowed in some areas, both helping affordability.   Pending home sales fell 1% in February after a strong January (CNBC real estate). This puts the year-over-year decline at 4.9%.  According to Doug Shepherd at Shepherd Realty Group in Riverside, “We are not seeing sale prices drop more than 2.5% overall and the lower end (home values) are still strong.  I can tell you that the spring home buying season is really picking up.  Much more buyer confidence coupled with lower interest rates is a good sign that the 2018 slow-down may be over. “

Realtor.com recommends that If you are thinking about listing your home, there is no better time than the present.  Homes listed in the first week of April receive 14 percent more views and sell six days faster compared to the rest of the year.  In addition, during this time sellers also see about 6 percent higher prices – which is around $17,000 – and are 1 percent less likely to see prices drop.

Reverse Mortgages rates use the 10 year treasury as the index and it looks like expected rates will drop for a 2nd consecutive week on Tuesday.   In the Reverse Mortgage industry, the lower the rate, the higher the cash payout will be on these loans.  As shown by the chart below, week over week interest rate changes will cause the payout to increase by $2,100 for the scenario below:

With home prices starting to level out and interest rates lowering, it may be a good time for those considering a reverse mortgage to take action.  Reverse mortgages require no monthly mortgage payment, and the homeowner needs to maintain the home in proper repair and pay their property taxes and home insurance.  On the HECM(Home Equity Conversion Mortgage) reverse mortgage loan, the higher the home value and the lower the interest rate, the more money you may be able to access from your home.  Call today to see what you may qualify for on this program.  Contact Robert Snow Krepps today to discuss how a reverse mortgage may be able to help you (877) 567–7476 or rkrepps@hightechlending.com .

Tags: are home values dropping?are home values going up?How much can I get on a reverse mortgage?market updatewhat are interest rates doing?When is the best time to sell my house?