New study shows Superfood may improve memory, cognition, and the effects of Alzheimer’s 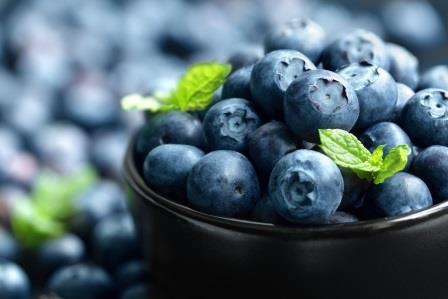 47 people with mild memory issues were given daily doses of blueberry powder daily (equivalent to about 1 cup of blueberries) or they were given a placebo.  These people were tested over a period of 4 months.   Dr. Robert Krikorian, Ph.D., stated “Our new findings corroborate those of previous animal studies and preliminary human studies, adding further support to the notion that blueberries can have a real benefit in improving memory and cognitive function in some older adults.   Blueberries’ beneficial effects could be due to flavonoids called anthocyanins, which have been shown to improve animals’ cognition.”  Krikorian continues “The blueberry group demonstrated improved memory and improved access to words and concepts.” The team also conducted functional magnetic resonance imaging (fMRI), which showed increased brain activity in those who ingested the blueberry powder.

Over 5.3 million people suffer from Alzheimer’s disease and that number will increase as our older population continues to live longer.   By 2025 this number could be as high as 7 million.  There will be more studies into the effect of diet on cognition and brain disease, but for now it appears that you may want to have a second helping of blueberry pie.